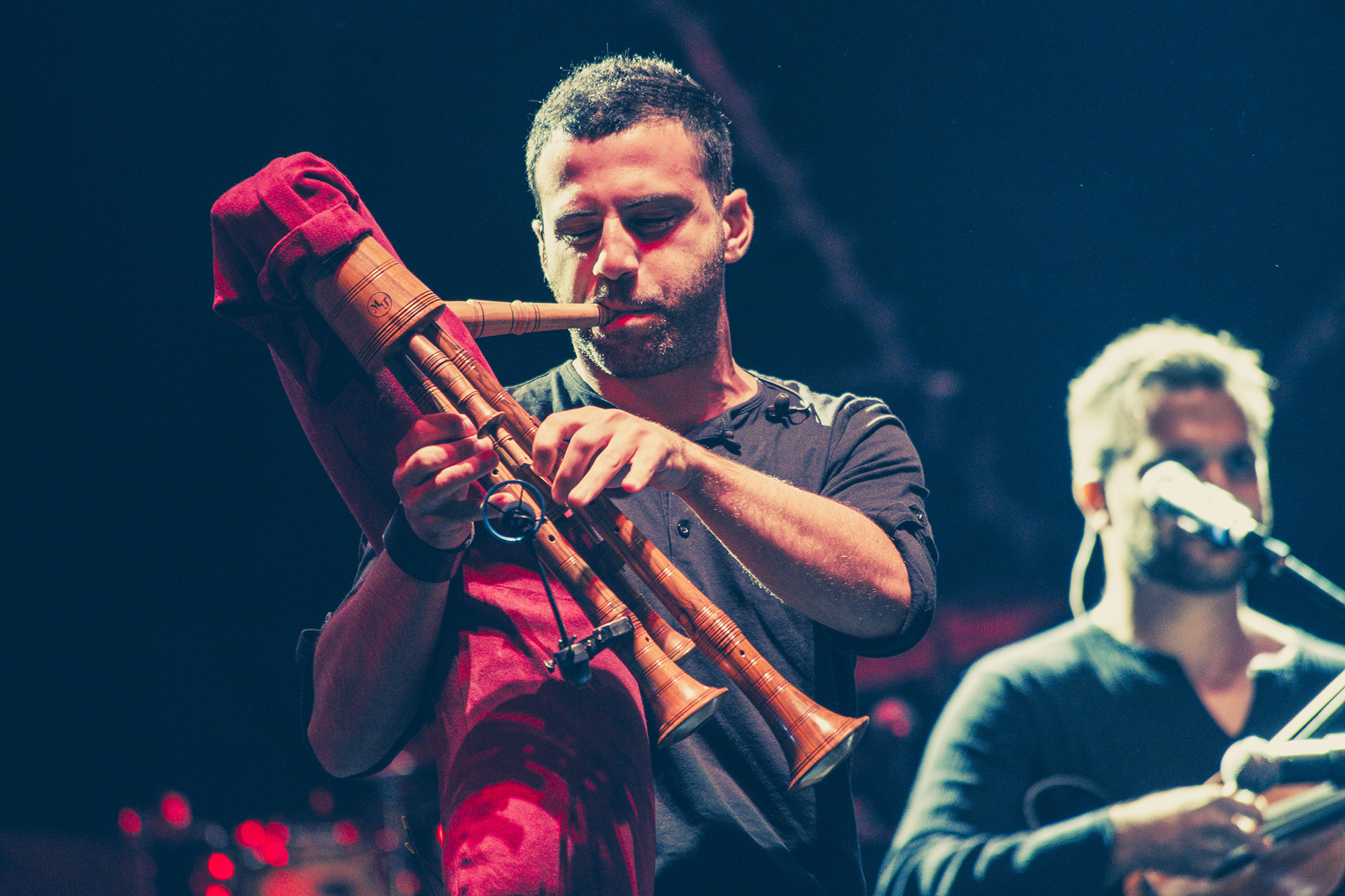 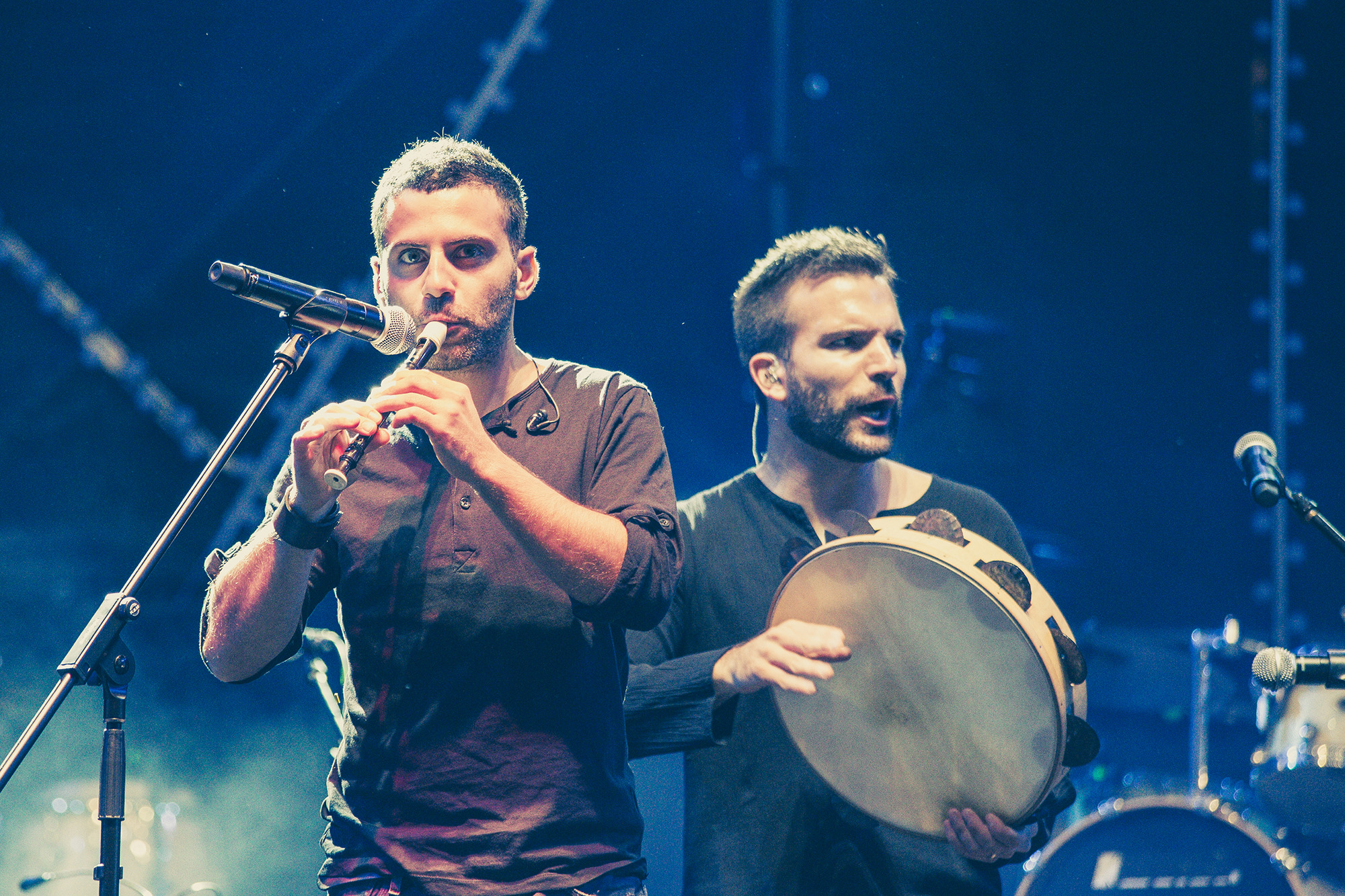 One minute Giulio Bianco was generating intricate lines on a recorder, the next he was working away at bagpipes, followed by a fretless electric bass.

Extremely passionate and keen to learn about wind instruments, Giulio dedicated his time to a meticulous and constant study of the flutes (recorder and transverse), harmonica and Italian bagpipes.

He explored the techniques of these instruments and specialised in the traditional repertoire from Salento, especially in the execution of the ‘pizzica pizzica’. At the same time, he studied the musical traditions in which the flutes are predominantly used, focusing mainly on the Irish music.

The need to expend the possibilities of the instrument led him to study the Italian bagpipes in ‘Medolic’ scale and Bagpipe ‘Zoppa’ (with origins from the Molise, Lazio and Abruzzo regions). That allowed him to discover other musical genres (like rock), and gave him the opportunity to use the instrument with a modern and personal sensibility in his approach to popular music from Salento.

His professional career began very early at hardly 15, when he joined the Aioresis band. From that point on, he never ceased to gain experience through many collaborations not only in the popular music but also the folk scene (Modena City Ramblers, Carlos Nunez, The Chieftains). He recorded many albums and performed all around the world.

In 2012, his journey into the study of Irish music led him to form the band Banshee with three other musicians from Salento.